The viaduct carrying the A616 road over the River Trent between Newark-on-Trent and South Muskham (part of the original Great North Road) was designed and construction was overseen by John Smeaton between 1768 and 1770 and is known as Smeaton's Viaduct.

As the viaduct forms an intrinsic part of our site, it seemed only fitting that we paid tribute to its designer and, so, Smeaton's Lakes was born.

Who Was John Smeaton?

An English civil engineer, responsible for the design of numerous bridges, canals, harbours and lighthouses. He was a capable mechanical engineer, an eminent physicist and the first self-proclaimed civil engineer, often regarded as the 'father of civil engineering'.

Born in Austhorpe, Leeds in 1724, Smeaton joined his father's law firm after studying at Leeds Grammar School. He left his father's company to become a mathematical instrument maker developing, amongst other things, a pyrometer to study material expansion and a whirling speculum or horizontal top (a maritime navigation aid).

Elected a Fellow of the Royal Society in 1753, he won the Copley Medal in 1759 for his research into the mechanics of waterwheels and windmills. His paper of that year, "An Experimental Enquiry Concerning the Natural Powers of Water and Wind to Turn Mills and Other Machines Depending on Circular Motion" addressed the relationship between pressure and velocity for objects moving in air, and his concepts were subsequently developed to devise the 'Smeaton Coefficient'.

Between 1759 and 1782 he performed a series of further experiments and measurements on waterwheels that led him to support and champion the vis viva theory of German Gottfried Leibniz, an early formulation of conservation of energy. This led him into conflict with members of the academic establishment who rejected Leibniz's theory, believing it to be inconsistent with Sir Isaac Newton's conservation momentum.

On the recommendation of the Royal Society, Smeaton designed the third Eddystone Lighthouse between 1755 and 1759. He pioneered the use of 'hydraulic lime' – a form of mortar which will set under water – and developed a technique involving dovetailed blocks of granite in the building of the lighthouse. His lighthouse remained in use until 1877, when the rock underlying the structure's foundations had begun to erode. It was dismantled and partially rebuilt at Plymouth Hoe where it is known as Smeaton's Tower. He is important in the history, rediscovery and development of modern cement, because he identified the compositional requirements needs to obtain 'hydraulicity' in lime; work which led ultimately to the invention of Portland cement. 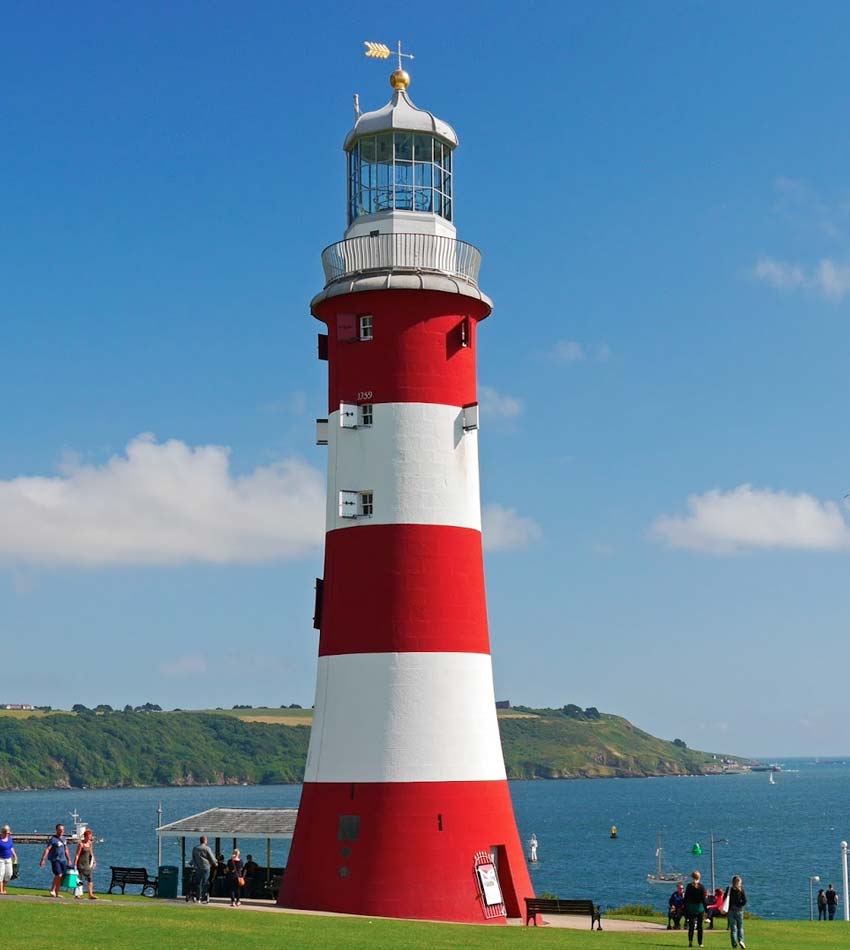 Deciding that he wanted to concentrate on the lucrative field of civil engineering, Smeaton commenced an extensive series of commissions, including:–

Because of his expertise in engineering, Smeaton was called to testify in court in a case relating to the silting-up of the harbour at Wells-Next-to-the-Sea, Norfolk in 1782. He is considered to be the first expert witness to appear in an English court.

He also acted as a consultant on the disastrous 63-year long New Harbour at Rye, designed to combat the silting of the port of Winchelsea. The project is now informally known as Smeaton's Harbour but, despite the name, his involvement was limited and occurred more than 30 years after work on the harbour commenced. 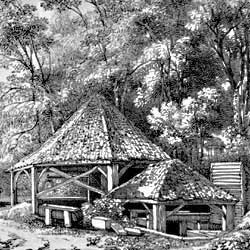 Using his skills as a mechanical engineer, Smeaton devised a water engine for the Royal Botanic Gardens at Kew in 1761 and a watermill at Alston, Cumbria in 1767. He is credited by some as the inventor of the cast iron axle shaft for waterwheels.

In 1782 he built the Chimney Mill at Spital Tongues in Newcastle upon Tyne – the first 5-sailed smock mill in Britain. He also improved Thomas Newcomen's atmospheric engine, erecting one at Chacewater mine, Wheal Busy in Cornwall in 1775.

In 1789 Smeaton applied an idea by Denis Papin, by using a force pump to maintain the pressure and fresh air inside a diving bell. Built for the Hexham Bridge project, this bell was not intended for underwater work however, in 1790, the design was updated to allow it to be used underwater on the breakwater at Ramsgate Harbour. 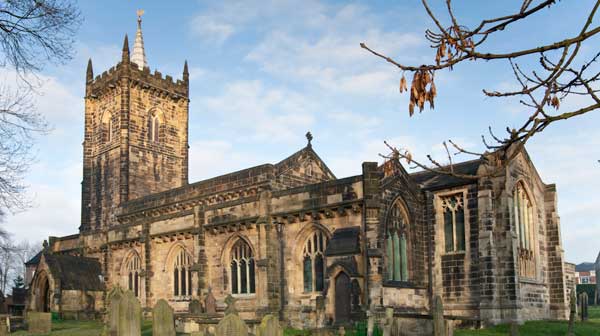 Highly regarded by other engineers, Smeaton contributed to the Lunar Society and founded the Society of Civil Engineers in 1771. He coined the term 'civil engineers' to distinguish them from the military engineers graduating from the Royal Military Academy at Woolwich. After his death, the Society was renamed the Smeatonian Society and was a forerunner of the Institution of Civil Engineers, established in 1818.

Two of his noted pupils were canal engineer William Jessop and architect and engineer Benjamin Latrobe.

Smeaton died after suffering a stroke while walking in the garden of his family home in Austhorpe and was buried in the parish church at Whitkirk, West Yorkshire.